SEEO game club is the center for the world of gaming at our school; a place where students can share their love of games, esports, game design, and game culture. The club has 3 main parts- the gaming community, the esports team, and the game developer group. When we are back on campus, we will meet regularly in room 410, but for now our club activities are hosted through a Discord server with occasional Zoom meetings. The school offers a game design career technical pathway that prepares student for a career in the game industry.

The gaming community is made up of students that play esports but could not participate on the competition teams for one reason or another, students who like games but don't play competitively, and students who are part of the extended gaming culture such as fan art and cosplay.

The esports team participates in league seasons presented by the North American Scholastic Esports Federation www.nasef.org. Nasef has announced that the spring semester competition games will be Rocket League and Madden NFL 21. Join the club today and sign up to be on a team!

The game developer group is a learning community dedicated to creating games and sharing ideas and techniques. Future activities will include game jams and interactions with game companies such as Blizzard, Riot, and Activision. SEEO's game design pathway uses the Unity game engine, so that tool is a favorite in the game developer group. 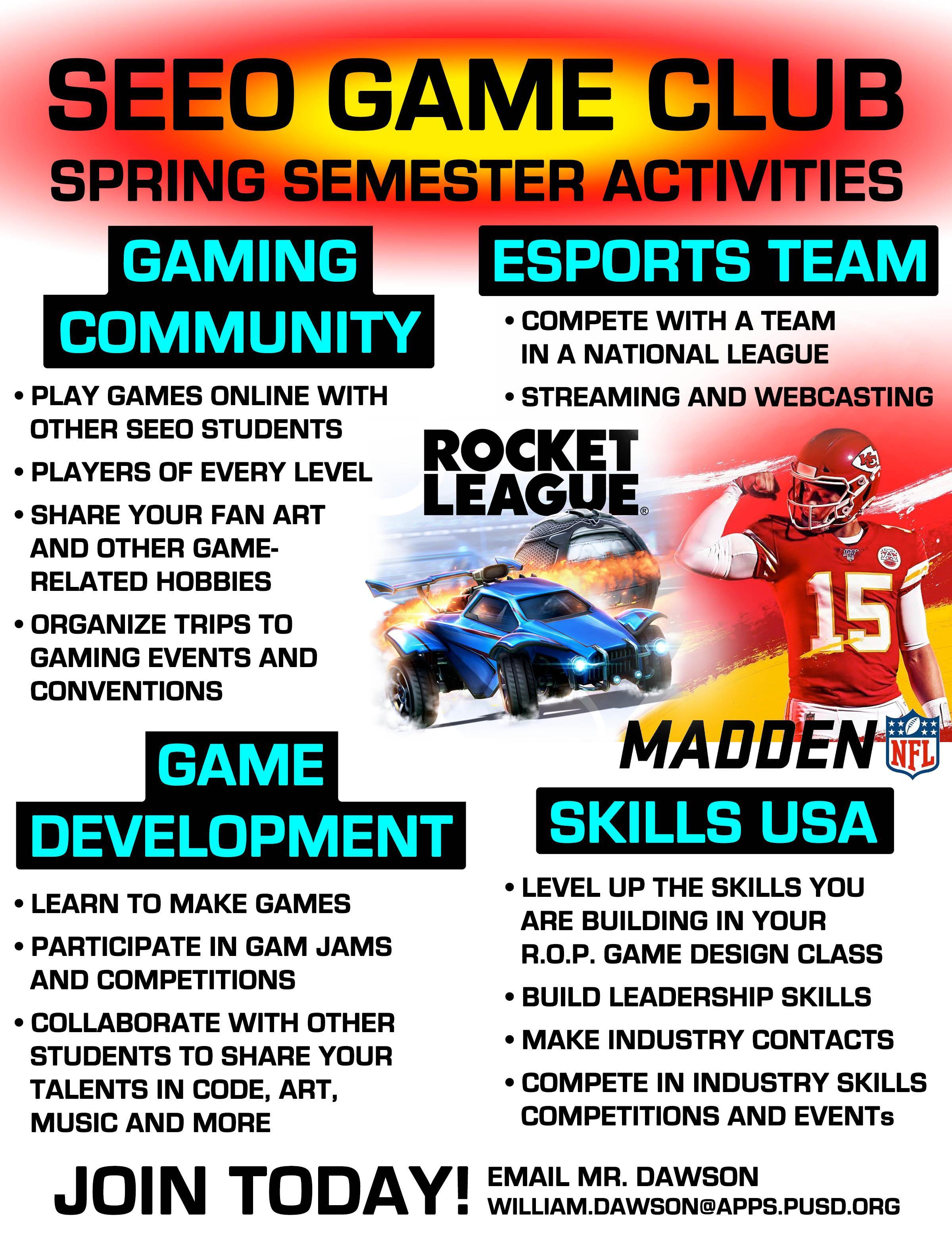